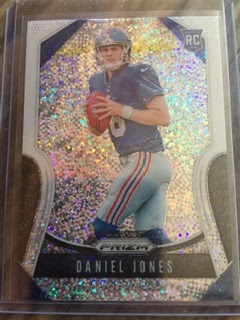 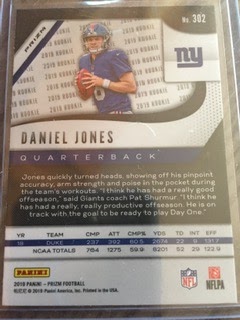 Daniel Jones
Parallel Card
Card # In The Set 302
Total Card Count Of This Player Now:91
Card Acquired Via:Trade with Valley Of Cards
Posted by Sport Card Collectors at 9:16 AM No comments: 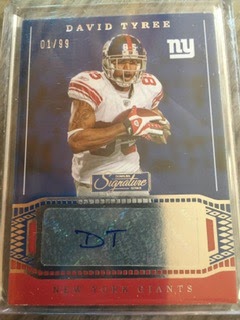 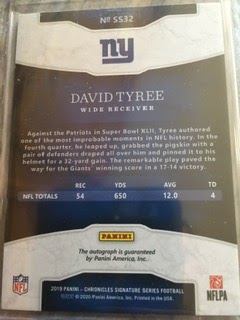 David Tyree
Autograph Card
Card # In The Set SS32
Total Card Count Of This Player Now:?
Card Acquired Via: eBay
Posted by Sport Card Collectors at 8:53 AM No comments:

I have been dying for the first Giants cards of 2020 and they finally have been released in 2020 Score.

I know most don't give a hoot about base cards, but I do. Love seeing the photography from the previous season and maybe finding some players they added last year in the uniform I didn't get. Score provided me just that.

Only problem, I hadn't found any Score yet and don't leave the house to look. I wasn't quite sure how I was going to get any, my father said he would keep an eye out for packs for me and trade them to me when they came out, but I figured somehow I would end up with some.

I just didn't expect it to happen the way it did.

Out of nowhere, I received a DM from @nwengerd21 that he had some 2020 Score Giants for me and just wanted my address.

A few days later, literally, they showed up. He even threw in some bonuses in which I posted on Twitter.

Let's take a look at the Gmen 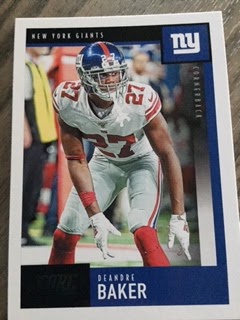 Baker, who played really well late needs to get his act together and stay out of trouble. Giants need him. 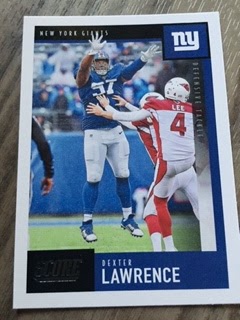 Dexter Lawrence. He could be a big piece to the defense this year. 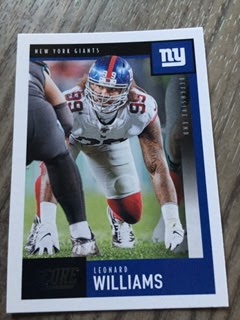 Leonard Williams the Giants tagged and paying a ton for.  He better provide 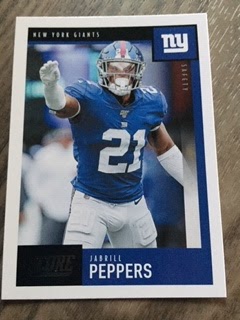 Jabrill did pretty well last year, should be better this year with pieces around him 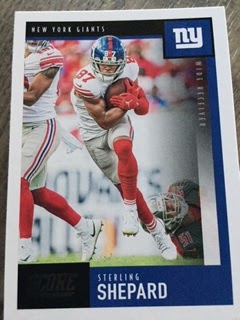 Just hoping Sterling can avoid the concussions this year, he will be apart of a three headed monster in NY 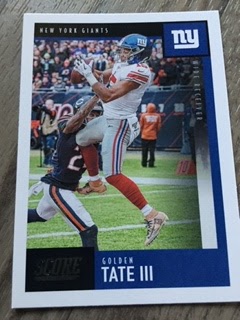 Golden Tate making a great catch, but it wasn't the catch on this play that mattered. That throw by Daniel Jones was amazing when you watch it. 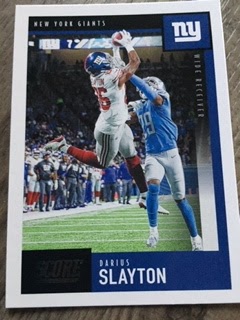 Slay liked to Slay defenses last year. Giants got a steal of a deal in this late round draft pick. Lots of talent and Giants will be good with him, Tate and Shepard. Can't forget Engram to if he can stay healthy 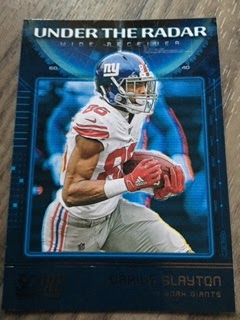 Under the Radar for sure! 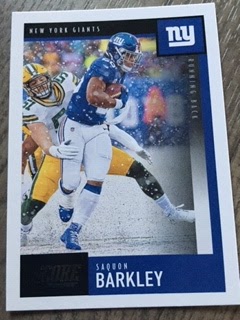 This snow game was a fun one to watch. Saquon played his heart out in the Giants loss. Once again, he is the best player on the team and ran for over 1,000 yards last season. A full healthy season is hopefully upon him 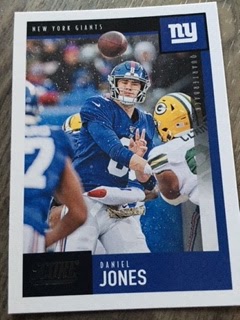 The 2020 season, other than Covid-19, really falls onto this guys shoulders. Over 3,000 yards last year, 20+ TD's, multiple 4 TD or more games, and only 12 ints one can only hope he can build off from that and not hit the sophomore slump.

Big thanks to @nwengerd21 for throwing these my way. They are in a great home. Now I need to see a checklist and see what's missing but I am pretty excited about this start.
Posted by Sport Card Collectors at 7:00 AM No comments: 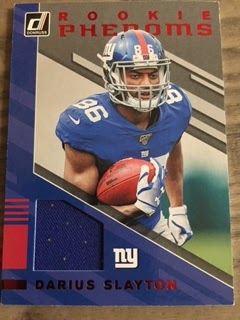 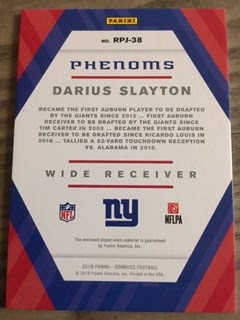 Darius Slayton
Jersey Card
Card # In The Set RPJ-38
Total Card Count Of This Player Now:63
Card Acquired Via: Trade with Dions Autograph Collection
Posted by Sport Card Collectors at 7:42 AM No comments: 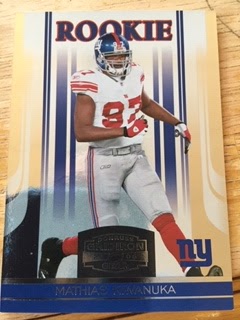 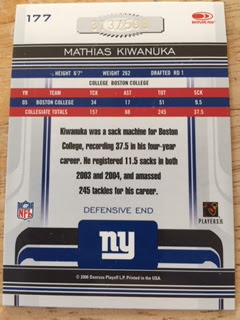 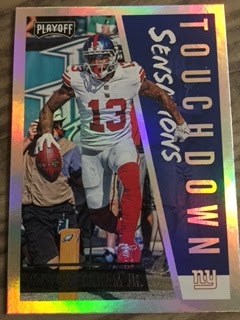 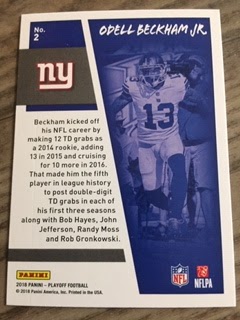 Odell Beckham Jr
Insert Card
Card # In The Set 2
Total Card Count Of This Player Now:378
Card Acquired Via: Trade with Dions Autograph Collection
Posted by Sport Card Collectors at 7:34 AM No comments:

Can't believe I have hit such a milestone on here.

I took a good year off from complaining about another losing Giants season, showing off new pickups and upcoming Big Blue chases but yet his this milestone regardless.

This blog does not get much traffic at all nor does it have anywhere close to the following of my other blogs but yet I make it a purpose to return here anytime I have a minute just to post a card or a thought on my team.

Today's cards are from a trade I did with Dions Autograph Collection. 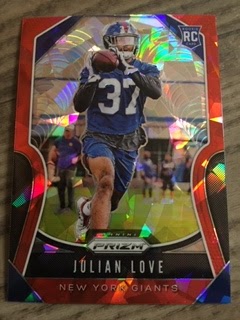 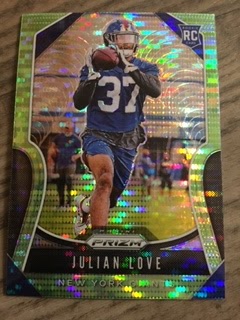 Both of these cards look so much better in person and once again when I get two cards in a series like this a "gotta chase the rainbow" comes to mind. But, honestly, I know I can never afford the 1/1 so it sets me back at points where I know better than to do so.

Even though Julian Love is cheaper to come by than some of the Giants I have attempted before, it's still not in the books. I will however enjoy them as they are and if others fall in my lap, let it be.

Do you guys ever get that temptation when there is a run on parallel cards you pickup?
Posted by Sport Card Collectors at 6:31 AM 4 comments: